CIL in Gela to follow the 3-day States General for the Regeneration of Territories.

Li.Bo, a member of the Lucano Industrial Consortium, exhibited at ADIPEC 2022 (Abu Dhabi): the future of energy, sustainable, affordable, safe.

Renato Vito Bocca, president of C.I.L. - Consorzio Industriale Lucano, elected to the Board of Arbitrators of ASSORISORSE

CIL at ASSORISORSE Workshop on the Hydrogen Supply Chain. 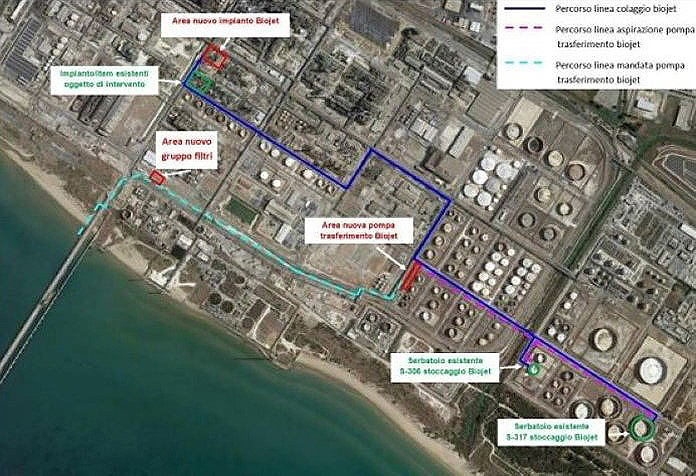 Gela. The entire technical documentation has been forwarded to the Ministry of Ecological Transition. The analysis phase of the project, which envisages the construction of a plant for the production of biojet, in the green refinery system of contrada Piana del Signore, started in early December. Eni has submitted all the documents, for environmental impact assessment. The company, as it had officially announced last October, has identified the local site to pursue the production of next-generation fuels, intended for aviation. Both the final design and the environmental impact study, among others, have been submitted to the ministry. It will be up to Roman engineers to evaluate all the documents, prepared by the company. In addition to the biojet fuel plant, the multinational company, for the converted site in Piana del Signore, also plans interventions to upgrade the Btu plant, one of the main ones in the new green production phase. The project, in fact, includes the upgrading of the degumming section of the plant. The biojet fuel system is identified in refinery island 8. It will be a production alongside that of green fuels, which are the priority target in the converted plant system. "The modification-optimization interventions planned within the Biojet project relate to both the process plants and the storage, interconnecting and product handling sections. The modifications on the process plants concern a new configuration of Unit 308 (isomerization) at the Gela BioRefinery. This set-up will allow the production of HVO Jet-fuel in addition , in a modular manner according to market demands, to the current production of HVO Diesel and HVO Naptha. With regard to the other process sections," reads the report to the final project, "the main interventions consist of the adaptation of the existing utilities system, the construction of all the interconnecting works between the existing refining sections and the new Biojet section, which will be installed at Island 8, as well as those necessary to transfer the products from the new Unit to the storage tanks. The Btu upgrade, on the other hand, will allow, according to the company's plans, for "a fourth acid degumming line that will be used to ensure better operational reliability, and will be of equal capacity to the pre-existing lines. The constraint on the limit of processability of second- and third-generation feedstocks that the Btu unit will be able to process even at 100 percent of its potential will fall," the report further states. By 2023, Eni wants to get to the final phase-out of palm oil, and even biojet fuels will be generated only from waste and residues, food-grade.

Also in October, the multinational had announced "the start-up in 2024 of the production of "Eni Biojet" in the Gela biorefinery, where a project is already underway that will allow the release of an additional 150 thousand ton-years of Saf 100 percent from renewable raw materials, capable of meeting the potential obligation of the Italian market for 2025." Attention is also focused on the up stream sector, for the "Argo-Cassiopea" program, whose work is expected to come into full swing in the coming months. For the gas base, the first construction sites have started.

Powered by Passepartout
Our site uses cookies. Continuing the navigation on our site you agree to our use of cookies.